The convent of the Instituto Religioso da Imaculada Coração de Maria e São Miguel Arcanjo (Religious Institute of the Immaculate Heart of Mary and Saint Michael Archangel) sits on breezy hillside up a cobblestone street, walking distance to the towering parish church which serves as one of the largest centers for traditional Catholic life in the diocese of Campos. The convent was begun in 2011 and is in the final stages of completion, with only the chapel and some exterior painting left unfinished.

The most startling absence is a real altar: the existing altar, with carpeted steps in front and a long kneeler serving as a communion rail, is actually completely makeshift: beneath the draped fabrics are bare concrete walls, a large table, and a stack of wooden boxes! The sisters deserve good marks for creativity!

​Also included in this request for assistance is the purchase of a proper set of pews with kneelers and book storage; the finishing of the choir loft and cloister balconies with railings; handrailings for the stairs to the choir loft, and a few other details of painting and plastering. For these smaller details the labor has been donated already, but they do not have the funds to buy the materials. 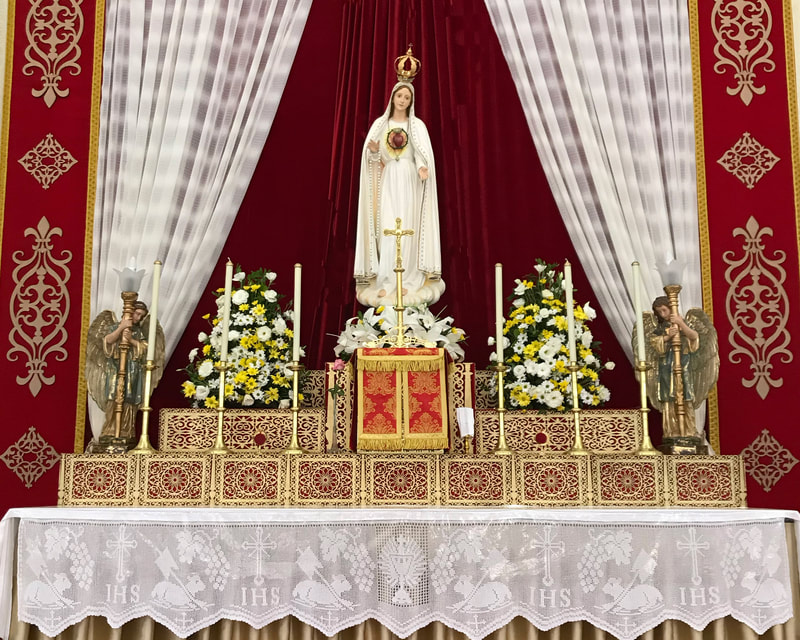 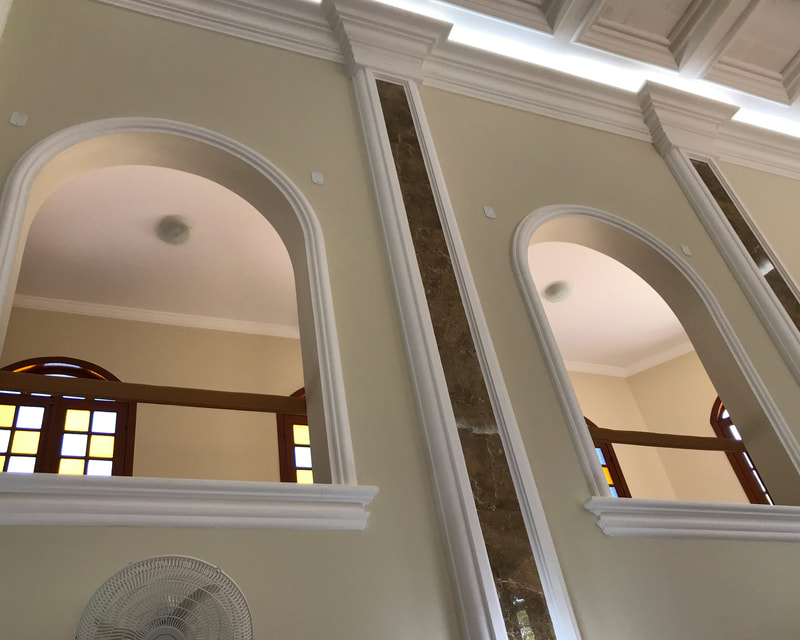 The estimate for this work is approximately US$35,000.

Friends of Campos is pleased to support this project to make more beautiful and worthy the life of worship and prayer that sustains the many incredible charitable works these sisters provide to the community. The improvements will also directly benefit the many lay people who frequent the convent Masses. The sisters are part of an effort to develop Gregorian chant around the diocese, and - being apt singers already - are progressing quickly in their study of the propers of the Mass, with coaching from the parish music director.We welcome all donations, large and small, to help support this joyful religious community. 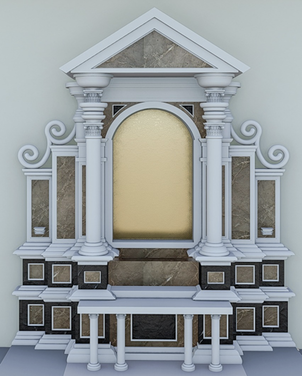 An architect's rendering of the new permanent altar that will be built.
​The 45 sisters of the Instituto Religioso da Imaculada Coração de Maria e São Miguel Arcanjo (Religious Institute of the Immaculate Heart of Mary and Saint Michael Archangel) live on the edge of the cozy city of Bom Jesus de Itabapoana, which is tucked in a river valley among rolling hills in the interior of the diocese of Campos. The order was founded in 1976, with the mission “to live and propagate a profound devotion to the Immaculate Heart of Mary”, consecrating themselves to a Christian life lived totally in God and dedicated to caring for the elderly and to the formation of children. Their work reaches over a thousand students via formal schooling, including two schools for about 300 children from low-income families. They also reach more than ten thousand young people via catechisms offered in parishes and rural chapels around the region. Eighty elderly men and women are cared for in a home for the aged.
DONATE