The Story of Campos

The state of Rio de Janeiro, Brazil is home to a unique traditional Catholic diocese, under the care of the Personal Apostolic Administration of Saint John Mary Vianney.

​It was in this diocese that Dom Antônio Castro-Mayer was bishop during the era of the Second Vatican Council. He permitted the priests of the diocese to continue to celebrate the traditional rite of the Mass, or adopt the new rite, as they wished. As the years passed the havoc being wrecked on the liturgy and on the Church in Brazil and around the world had become glaringly evident. Brazil suffered the same upheaval as other places, with irreverent liturgical abuses, the emptying of religious houses, and a spirit of general rebellion sweeping through the Church and society. There was no doubt in the minds of those keeping Catholic traditions alive that the new rite was part of a bigger disturbance that threatened not only the customs of Catholic worship, but the customs of Catholic daily life and community. 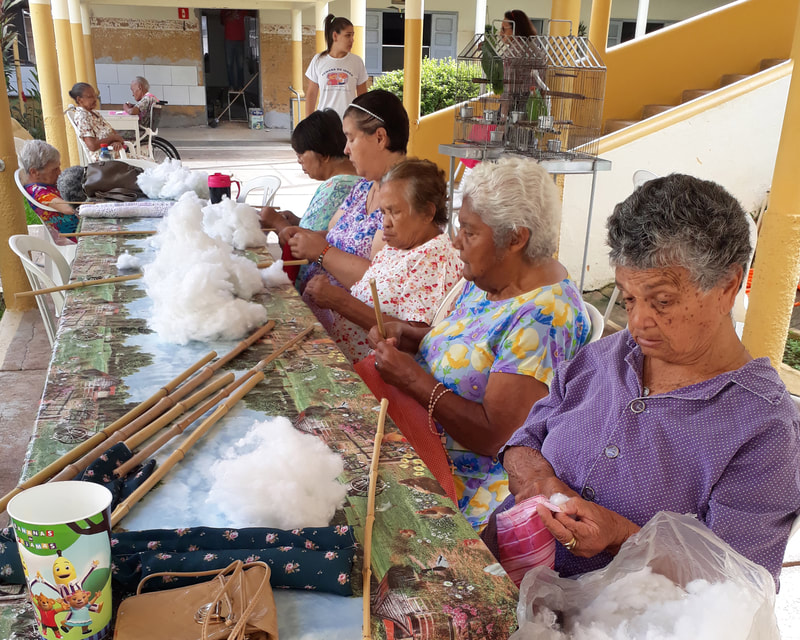 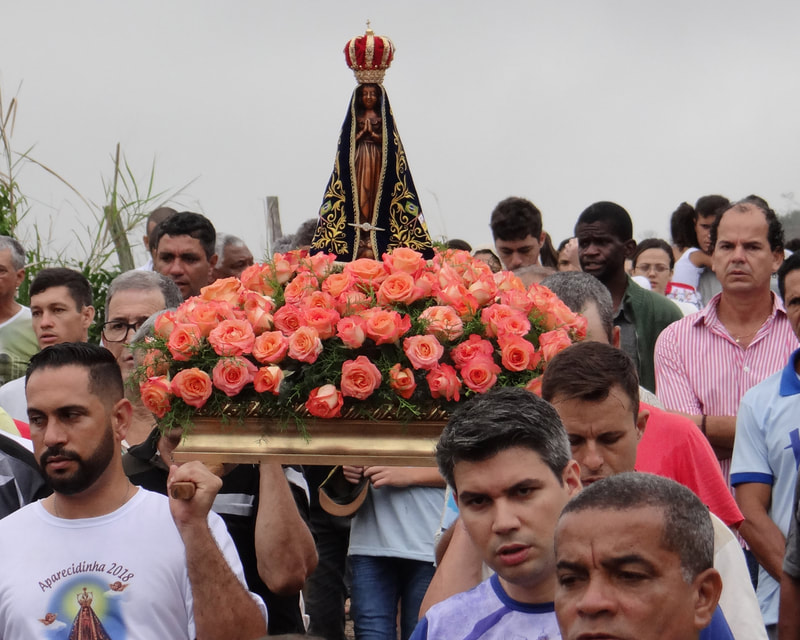 In 1981 Dom Antônio Castro-Mayer retired and Dom Carlos Alberto Navarro was appointed to replace him. The new bishop issued a proclamation that mandated all clergy begin to celebrate only the new Mass, under threat of expulsion. Those who had kept the traditional Mass refused to cooperate, and were violently removed from the parishes that they had kept for generations or even built with their own hands. They were sent off with guns, sticks, eggs and firecrackers, and took refuge celebrating Holy Mass in fields, homes and even caves, wherever conditions permitted them to gather.

​Little by little the traditionalists gathered their resources and rebuilt, refilling the diocese with village churches and rural chapels and the joyful song, processions and pious prayer of traditional diocesan life. Convents and schools were reopened in new buildings. The priests formed the Priestly Union of Saint John Mary Vianney and continued the formation of seminarians in temporary quarters.

The efforts made in reconciliation with Rome, and the humility on all sides that that required, are also admirable. Dom Fernando Arêas Rifan, current bishop of the Personal Apostolic Administration, recalls the gestures of pardon made not only with Pope Saint John Paul II, but with Dom Carlos Alberto Navarro, who had been in the middle of the difficulties in the 80s and was still alive to see - and show welcome towards - the reconciliation in 2002. Today in most places there is a courteous cooperation on necessities between the traditional and ‘progressive’ clergy, and an effort is made to maintain a spirit of goodwill, though it is often difficult to celebrate together because of the differences in liturgy, discipline and theology that have developed in the Church since the Second Vatican Council.

A tour of the region is not to be missed, if the opportunity arises, though the tropical conditions can be a challenge for visitors from the northern hemisphere. It is a materially poor region by United States’ standards. Life is simple, often downright rustic, compared to urban and suburban North American life. That said, the warmth of heart and vibrant piety with which guests are welcomed is a treasure not to be missed. The diocese is about three hours wide and five hours deep by car. Near the coast are hot, flat, windy plains where swampy seasonal lakes alternate with sugar cane fields.

The city of Campos itself combines fragile old buildings and plazas tucked along the river banks with newer condominium towers and sprawling working-class neighborhoods. Offshore oil has brought economic growth to the city over the years, though any public benefits seem haphazardly applied. Here one finds the bishop’s offices and residence, the grand cathedral, several private schools, several parish churches, as well as the notably large and active Carmelite Third Order. The seminary is in a tranquil rural area just outside of town, though the ever growing sprawl may one day surround it.

​As one ventures inland the land turns hilly, with rustic hamlets, family farms, and occasional clusters of humble shacks scattered in the mostly grassy landscape. A few cozy small towns and a couple of larger ones connect the quiet roads. Traffic is as likely to be a bicyclist or mule-drawn cart as a cargo truck or personal car. The heat is relentless in summer, pleasant in winter (with seasons being the opposite of those in the northern hemisphere!). Here in the central area one finds the larger town of Bom Jesus de Itabapoana, with an active traditional Catholic community of over 12,000 members, filling the huge main church several times over for Sunday Masses, and supporting a large convent, schools, home for the elderly and other charitable works. 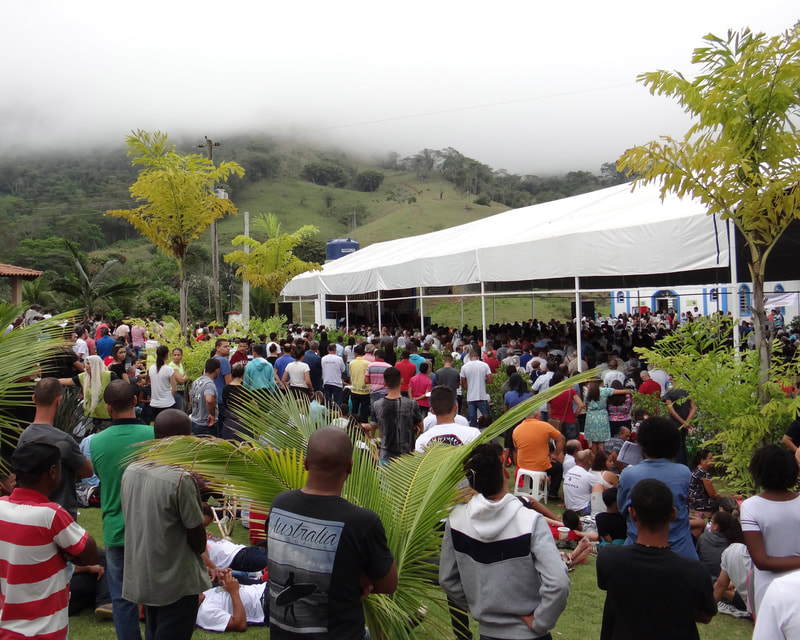 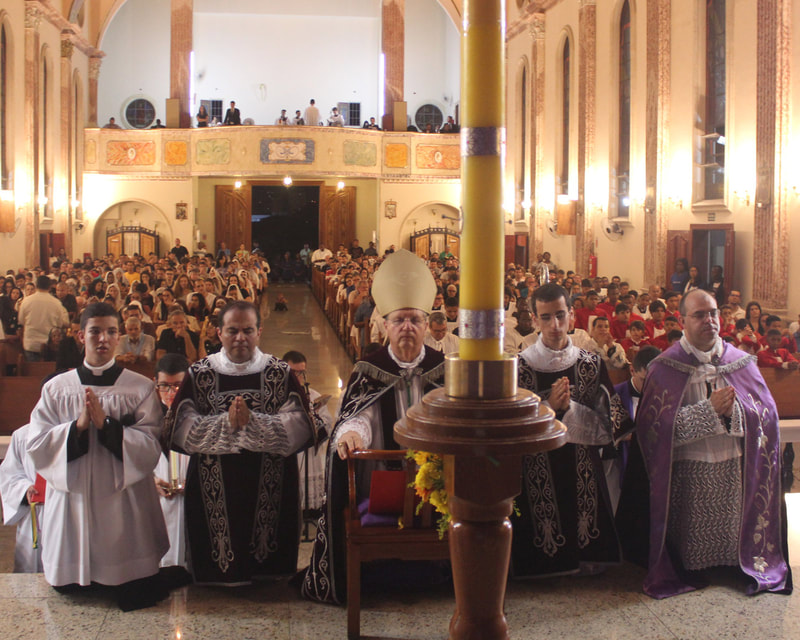 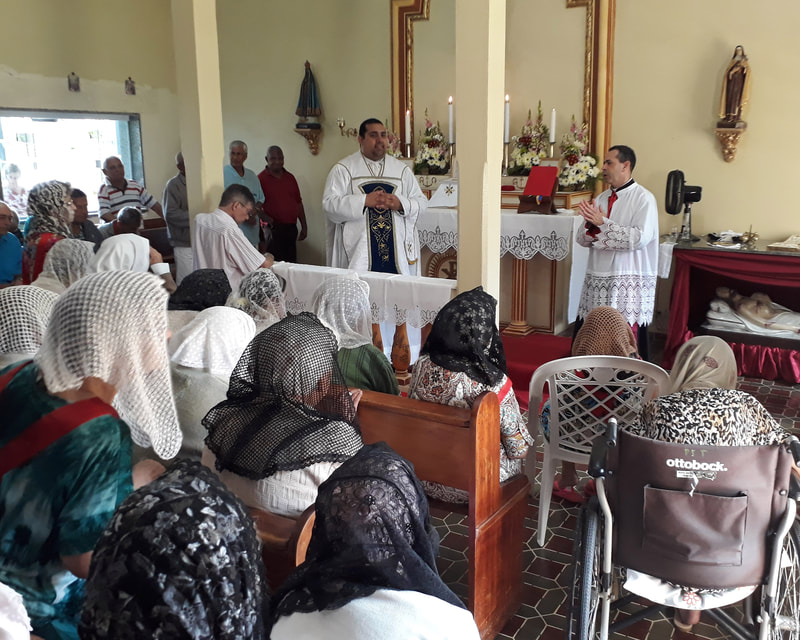 Furthest inland, where the state of Rio de Janeiro borders Minas Gerais and Espirito Santo, the terrain rises into low mountains. Here there is relative relief from the heat and winters are drizzly and cool. Coffee and dairy are the main cash crops among the small farms in this region. It is a truly unique place to visit. One small town here, Varre Sai, is one of the only ones where the firm majority of residents are traditional Catholics, and Catholic and Italian customs saturate daily life. 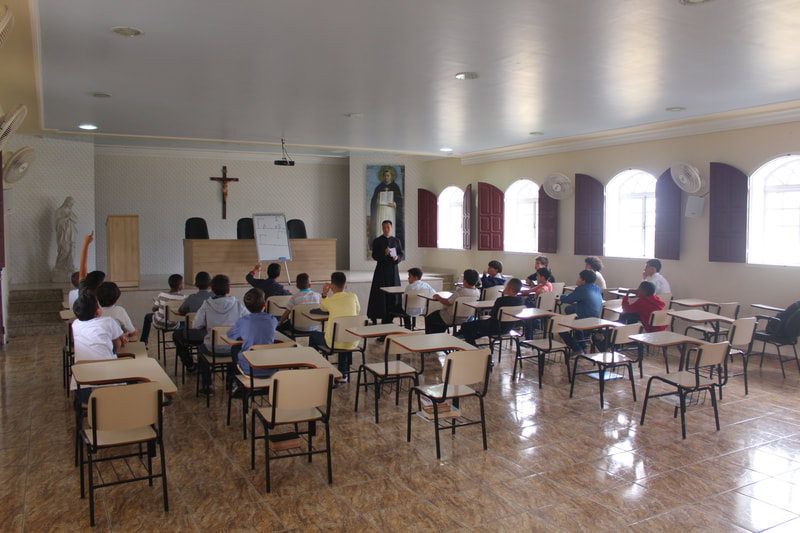 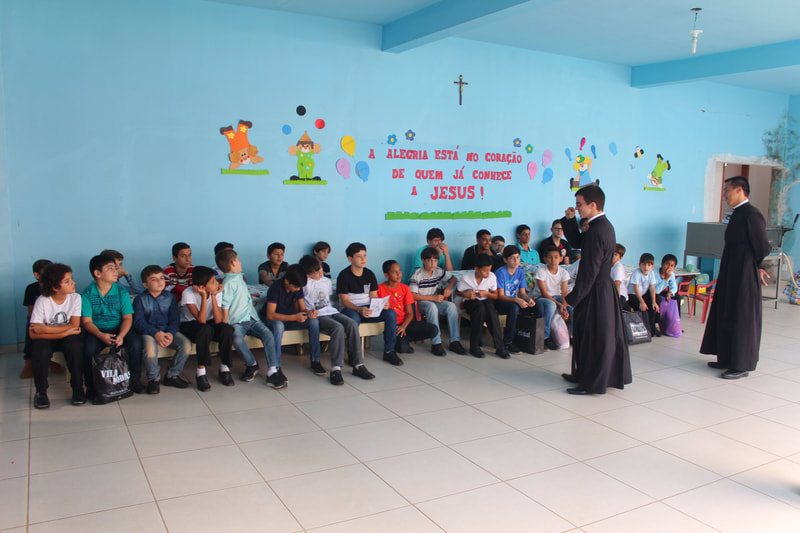 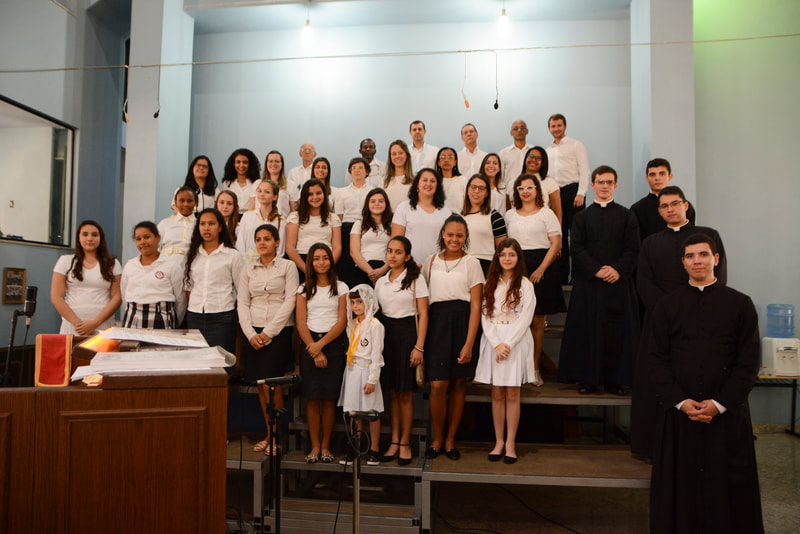 ​The diocese as a whole has thirteen parishes, six rectories, fifteen private Catholic schools, four homes for the aged, and eight associations of women religious. It serves over 30,000 active parishioners.

You can continue reading about the Campos seminary by clicking the link below. ​
THE SEMINARY